Oh, hello! It’s good to be back. It’s about time we sum up the trends for Spring 2015. I won’t annoy you with another “told you so!” but I was right about the owls and butterflies. After two seasons of inappropriateness, they’re finally gone from the shelves to make way for large floral and geometrical prints. The other day I sneaked upon this lady who I thought had the prints spot on. Let’s see what she was wearing. 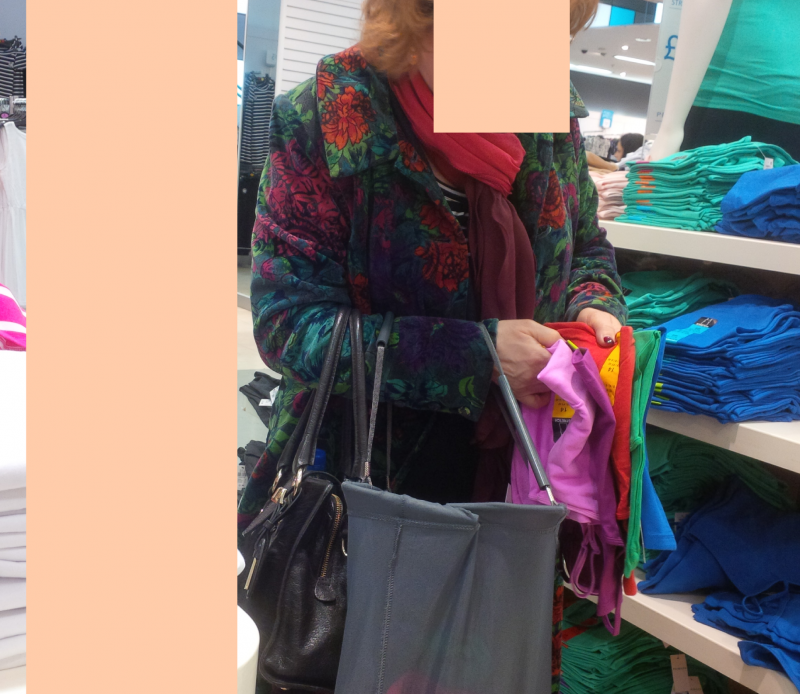 So, we have a lovely dark woolen-blend coat with large-size floral print. You can get a similar coat from Asos. Used to be £90, now just £54. 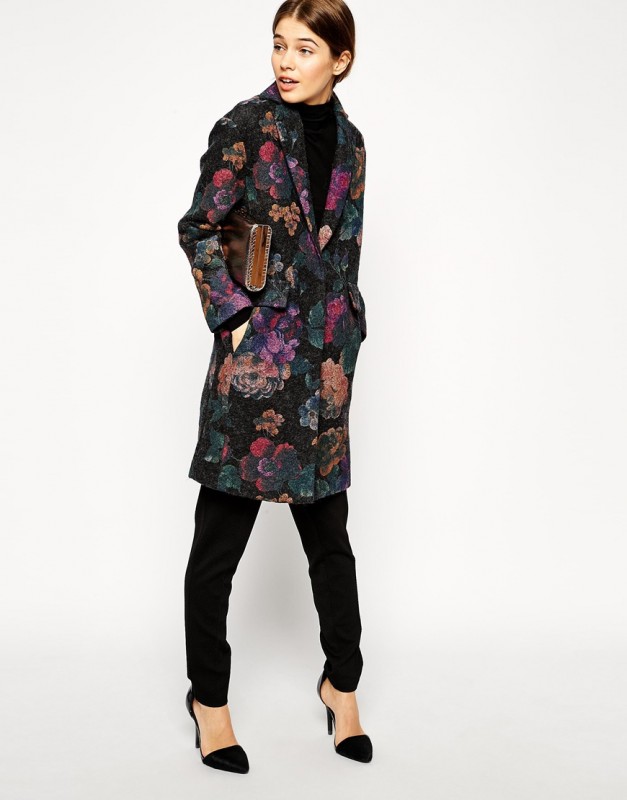 Accessory-wise, she’s done her best but I don’t consider this a finished look. The scarf matches the earthy tones of the coat very well while the handbag doesn’t quite live up to the expectations. I mean, why would you wear a black handbag with this coat? I’d say – dark ochre, light brown or something matching the scarf. Nothing to glaring, though, as you don’t want to take the attention away from the lovely floral pattern.

The second mistake is the navy longsleeve. Yeah, ok, the navy look is in this year but then again, you can’t wear stripes with such an overpowering coat. Maybe that’s why I caught her in the compartment where they sell solid-colour shirts.

Ok, I may be splitting hairs, overall it’s a success and she definitely gets thumbs up for the courage!

So, what the big names in fashion think about oversized floral stuff? The recent fashion shows for the Spring/Summer 2015 revealed several variations of the large print idea. It’s mostly flowers, geometry and vague animal prints. Mind you, when I say “animal” I mean that small printed owls will make you look ridiculous while a large single section of a panther on the side of your skirt may actually look ok. 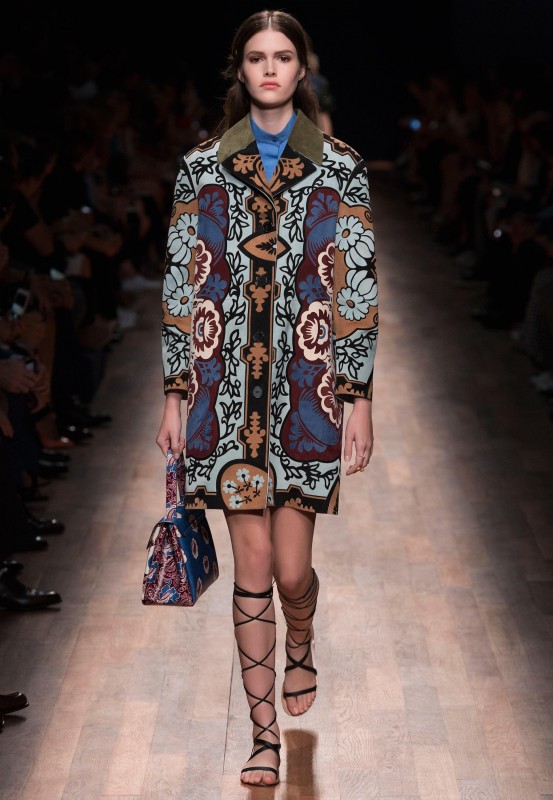 Have a look at this floral coat from Valentino’s Spring 2015 collection. 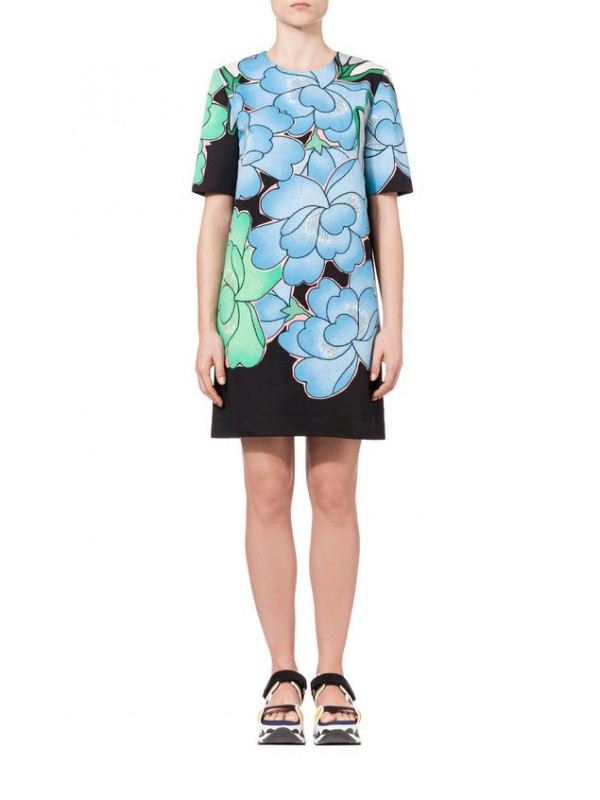 Then, for more inspiration, this Marni short-sleeve dress, also shown as part of the Spring/Summer 2015. Its silhouette resembles the 1950s but the print is totally modern.